The tests were carried out in passages C2 – C3 and C5 as there were complete benches for each passage. Standard rolls (hardness 430 – 470 HB) were installed on one side and two SM self-matting rolls were installed on the other side.

During the tests, the basic parameters were analyzed in the wheat mill along with the products obtained, over a period of more than three weeks.

1. Intensification of the milling process

During the same period on both sides the SM self-milling rolls, produced slightly more flour.

This clearly shows that the milling process has been intensified.

The grinding results could be maintained by increasing the mill load. In this way by placing SM rolls in existing mills the capacity can be increased. It is also possible to make a shorter diaphragm and make better use of the roll banks. Capacity and extraction levels were monitored over a two-year test period (1997-1998).

Traditional cylinders were used in 1997. Trials were conducted in early 1998. In February 1998 all the traditional smooth rolls were replaced with SM self-matting rolls.

The quality of the grain being processed during the entire period was very uniform. The milling process, the equipment installed and the market situation were also similar during both periods.

The introduction of SM self-matting rolls was the only major change made at Molino in 1998. The results obtained during this year showed that flour extraction was 2.42% higher than in 1997 and mill capacity increased from 180 t/24hs to 200 t/24hs.

Even if we assume that some of the increases in extraction and capacity were the result of other factors, there is little doubt that the introduction of the new SM self-matting rolls produced a notable increase in both parameters.

The flour produced improved. The results were as follows:

The power consumption of SM self-matting rolls, in the different roll banks, compared to normal rolls, was lower by 2.5% – 5.7%.

Overall this showed that the smaller the particle size of the ground product, the greater the energy savings in grinding.

One of the characteristics of soft rolls, working on compression passages, is the relatively high working temperature of the rolls.

During the last two years the SM self-matting cylinders installed in 1998 have required no maintenance, retaining a sandblast finish (May 2000). The results obtained show no noticeable deterioration.

During the last two years 1999-2000 more than 1000 Prillwitz SM self-mattens rolls of various lengths and diameters have been installed in mills in Poland, Germany, Holland, Italy, England, Canada, USA and Colombia.

As of the date of this technical report, the information received from all the mills where they are installed confirms the benefits of the SM self-matting rolls in the grinding process and their superiority over other mills in the world.

We have expanded our Industrial Plant

We are pleased to announce that we have completed the expansion of our plant located in the Industrial Tigre Park, Argentina. Prillwitz y Cía., …

We have expanded our Industrial Plant Read More »

The RSVM Shale Shaker, is designed for the cleaning or classification of cereals or other products, allowing the separation of impurities and foreign objects … 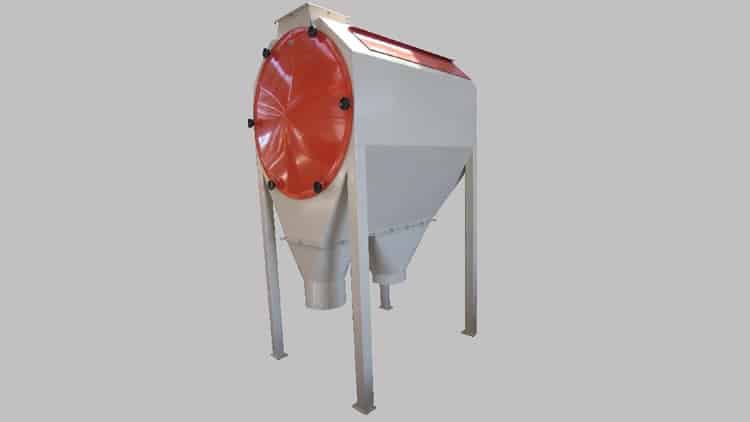